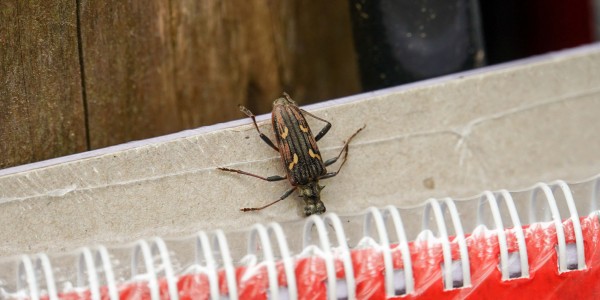 One of the most widespread of the Cerambycidae family

This beetle species are most notable for the yellow bands on its Elitra (wing casing). The rest of the body is black and brown. They can reach over two centimetres in length and typically have long, relatively slender bodies compared to other beetles.

They live primarily in woodlands, and are most likely to be seen between the months of April to July.

You are most likely to see these beetles in Scotland and Wales, but they have been spotted in other areas of the country, although less frequently. The beetle in the picture for this article was taken here on Merryhue Farm, interrupting my work as I was with the Veterans!