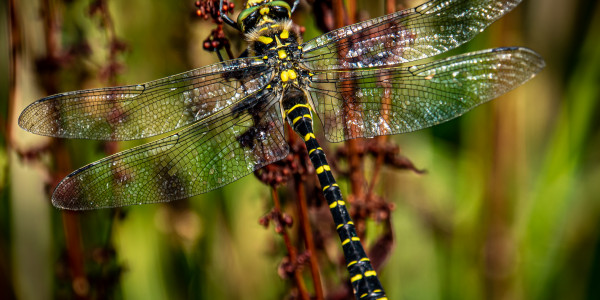 ﻿The female Golden Ringed Dragonfly is the longest in the UK, its body reaching up to 84mm - the male reaches 74mm. The s﻿pecies is distinct in the UK by its starkly contrasting black and gold rings down the length of its body.

You will see this species around rivers during the hotter months of the year. The attached photo was taken at Merryhue Farm during the Summer of 2020.﻿